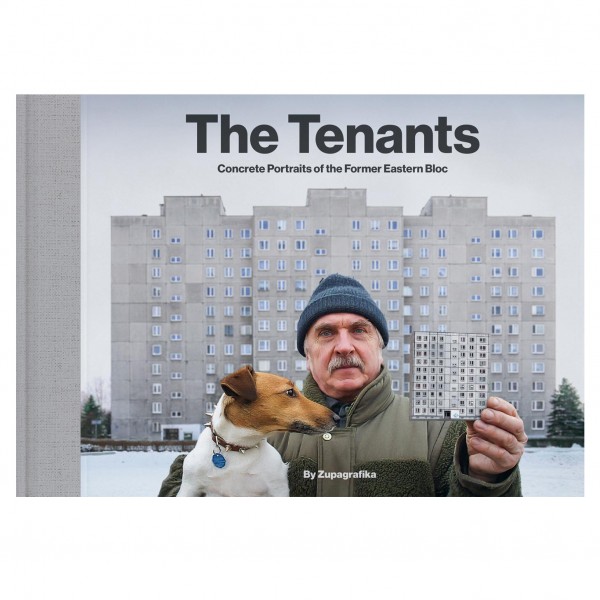 Mass housing in post-war socialist countries was a quick and effective way to provide homes for the expanding city populations after WWII, but after the collapse of the Soviet Bloc the fate of these constructions became uncertain. While modernist estates are being renovated or prematurely demolished, their tenants remain undaunted. They have lived through the buildings golden years and darker times. For the last decade, Zupagrafika has documented the housing estates erected in Central and Eastern Europe, still perceived by many as eyesores, through photographs and illustrated paper models. The Tenants features over 40 housing projects in 37 different cities of the former Eastern Bloc and ex-Yugoslavia. From Berlin to Norilsk, and all the way through Kyiv to Tallinn, the album portrays the inhabitants of those complexes holding models of their homes, while sharing the stories of lives lived in the prefab panel blocks. Includes a foreword by the sociologist and urban researcher Maciej Fr?ckowiak and an index of the featured housing estates, providing an insight into their history. The portraits were taken by David Navarro and Martyna Sobecka, with contributions by local photographers.  Featured cities: Almaty, Belgrade, Berlin, Budapest, Chi?in?u, Dresden, Gda?sk, Halle-Neustadt, Kaliningrad, Katowice, Kraków, Kyiv, Ljubljana, Lviv, ?ód?, Mi?dzyrzecz, Minsk, Moscow, Norilsk, Omsk, Podgorica, Pozna?, Prague, Riga, Rostock, St. Petersburg, Skopje, Sofia, Szczecin, Tallinn, Tbilisi, Vilnius, Vorkuta, Warsaw, Wroc?aw, Yakutsk, ?yrardów.