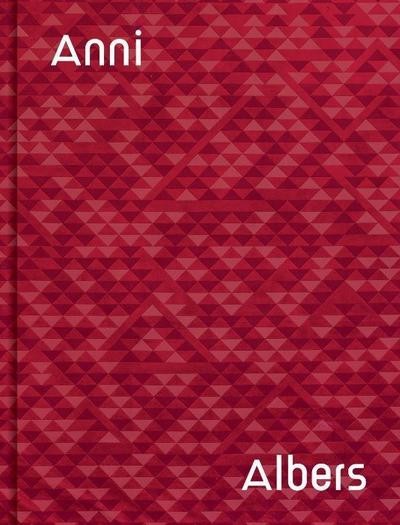 The first in-depth study of a monumental wall hanging-rediscovered after many years-by renowned Bauhaus artist Anni Albers. Albers was influential in elevating textiles from craft to fine art. Her exquisite wall hanging Camino Real-seen in public for the first time since 1989 at David Zwirner, New York, in 2019, and the subject of this book-is a superb example of this modern master's work. In 1967, noted architects Ricardo Legorreta and Luis Barragán commissioned Albers to create a work for the newly built Hotel Camino Real in Mexico City. Completed in 1968, her striking wall hanging Camino Real is heavily influenced by Latin American art and culture. Showcasing Albers's approach to working with textiles as a "many-sided practice," it is accompanied in this book by works Albers made following her move to the United States in 1933, including innovative wall hangings, weavings, and a range of works on paper. Together, these works reflect Albers's brilliant embrace of different materials and techniques and her ability to work at varied scales. The works in this publication offer additional context and motifs, demonstrating the artist's pioneering investment in textiles as an art form and her parallel interest in mass-produced designs. Published on the occasion of the Anni Albers exhibition presented at David Zwirner, New York, in 2019, this catalogue features new scholarship from the show's curator, Brenda Danilowitz, art historian and chief curator of The Josef and Anni Albers Foundation, and T'ai Smith, an expert on Bauhaus craft and weaving. Known for her pioneering graphic wall hangings, weavings, and designs, Anni Albers(18991994) is considered one of the most important abstract artists of the twentieth century, as well as an influential designer, printmaker, and educator. Born in Berlin, she studied weaving at the Bauhaus beginning in 1922, eventually joining the faculty in 1929. Her innovative textiles from this period combined avant-garde geometric abstractions with weaving for the first time, creating works that were at once functional and aesthetic. Albers was deeply influenced by pre-Columbian art and textiles, which she encountered on trips to Mexico during her time teaching at Black Mountain College between 1933 and 1949.She went on to employ long-forgotten techniques discovered through her in-depth study and collection of these works, leading eventually to the creation of her pictorial weavings of the 1950s. Brenda Danilowitz is an art historian and chief curator at The Josef and Anni Albers Foundation. She is the author and editor of numerous books and essays on the work of Josef and Anni Albers and has organized exhibitions of their work in the United States, Europe, Mexico, and Latin America. Tai Smith is an associate professor of art history at The University of British Columbia, Vancouver. The author of Bauhaus Weaving Theory: From Feminine Craft to Mode of Design (2014), she has lectured internationally on textile media and design in modern art and philosophy.