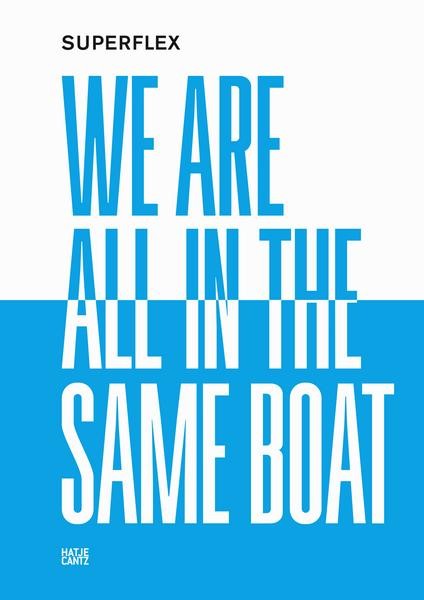 Superflex . WE ARE ALL IN THE SAME BOAT

The critically-acclaimed Danish artist group SUPERFLEX, founded in 1993 by Jakob Fenger (b. 1968), Bjørnstjerne Christiansen (b. 1969), and Rasmus Nielsen (b. 1969), create humorous and playfully subversive installations and films that deal with financial crisis, corruption, migration, and the possible consequences of global warming. The artists describe their practice as the provision of tools that affect or influence social or economic contexts, and often root their projects in particular local situations, inviting the participation of viewers. Their work poses questions of political, economic, and environmental behavior and responsibility. This catalogue accompanies the groups first major museum survey in the United States and highlights video, sculpture, and installation works relevant to the history, present, and future of cities like Miami, poised on the leading edge of pressing issues such as climate change and immigration. Co-published by Museum of Art and Design at Miami Dade College (MOAD), Superflex: We Are All in the Same Boat includes an introduction by the exhibitions curator, Jacob Fabricius, Artistic Director of Kunsthal Aarhus, essays by Stephanie Wakefield and Gean Moreno, and George Yudice, and a fictional text about water, flooding, and the future of Miami by science-fiction writer Mark von Schlegell.